Final week of heats for Sweden’s massive national pre-selection for Eurovision, and while there are no guarantees for most of the artists that they’ll make it to the stage in Malmö, this week they will be doing just that.

Yes, this week’s Melodifestivalen quarter-final was hosted in the Malmö arena, future host of 2013’s Eurovision Song Contest. Maybe if the MF winner is from this heat they can get their hand stamped and get in for a cheaper price next time. WHO KNOWS? Shall we get on with it?

After a flashback to the opening sequence from the 1992 Eurovision show, the last time the show came from Malmö. Thus followed a rather baffling remix of the Eurovision theme tune with a strange hybrid of street dance and folk dance. Good God, I can’t take my eyes off Danny’s crotch.

This year’s Eurovision host Petra Mede makes a cameo and has a go at the host duo for taking the piss out of non-native English hosts of contests past. What fun! You can’t imagine anything like this going on in the po-faced Irish pre-selection.

Let’s start then, with the Swedeophiles bemoaning poison dwarf Ulrik being all-but guaranteed one of the qualifying tickets. But what else will happen?

Army of Lovers – Rockin’ the ride

I know these are one of the big comeback artists, being successful in Sweden during the 90s, but that’s no guarantee of Melodifestivalen success. Particularly as the current lead singer is most famous for having an affair with the King of Sweden. But how’s the song?

Goodness, they look a state! It’s like a Game of Thrones deleted scene or something. Electropop is no surprise but at least it’s not the Guetta fare we’ve have grown used to. HATE the staging, too cool for school isn’t it? One particularly distracting dancer helpfully takes my attention away from what a dull song it is. Most generic rubbish lyrics this side of “Scream & Shout”.

A pointlessly mimed monologue in the middle. God, she totally forgot she was going to sing, didn’t she? Fortunately the backing track didn’t… what a disaster!

Lucia Piñera – Must be love

That’s not a super flattering dress. Is she a little out of time? At least she’s singing! “Sometimes it cuts like a knife right through your face”?! What sort of a lyric is that? I had this down as a fairly standard Motown-esque ballad, and it’s not really much further than that.

There’s a strangely big beat for the choruses, I rather like that. It’s got enough power in her vocals to stay afloat for three minutes, but the song doesn’t do much for me. It’s acceptable filler, but again I’m yet to hear a winner. It’s just a bit too repetitive, it feels like it’s just waiting for her to mess up one of those dozens of glory notes. 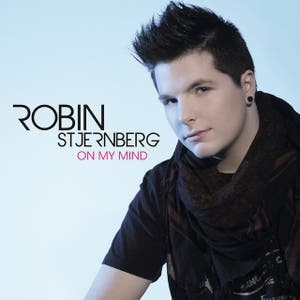 Another song, another gang of freaky writers. Oh he’s sort of cute, a bit bland-looking. Here’s to judging a book by its cover! He doesn’t look very confident does he? His voice has an unusual tone to it.

Ooh get his high notes! Oh I love that chorus, it’s like eurodance yodelling almost… in a good way. He’s not relying on massive dance productions, he’s just got a great voice. It feels a little muddled and in need of a spruce-up if he ever gets chosen, but I want this one through. Give me glory notes!

Oh maybe not that shriek when the pyro goes off, but if he hits that again it’ll be AMAZING.

I wish I understood Swedish, did Gina just say “Viva Espana”?! Sylvia looks like a newsreader. Love the perspex letters on stage! Feels like the sort of thing that was in style when this song was written. What a cheesy backing track, it’s like something Engelbert Humperdinck would have sung over.

It’s nice enough, very old-school, and she’s a quite performer to watch. I just can’t imagine people wanting to vote for it, it’s just too dated. Even with such an undemanding vocal she’s cracking in places. Nice but filler.

The writer looks like a busker. So does the singer. Or maybe a 70s nightclub owner. Not filling me with hope…  I wasn’t expecting a piano-led pyro fiasco though! This sounds like something Macedonia would send to Eurovision, the Balkans love a bit of pyro.

We’ve traded dated 70s sounds for 80s hair-rock. It’s got something about it, even if his vocals really strain in places. Not really my thing, but this contest needed something to stop it flat-lining, and I’ve heard a lot worse. Reminds me of Queen, which will tick boxes for some people, just not me.

A bit tacky and OTT but that can be a good thing. Just PLEASE don’t send this to Eurovision, Swedes. Just think of the carbon footprint!

Where’s this guy from? Is he going to be Eric Banan-lite? He looks a bit too straightforward for that kind of nonsense. Hang on, isn’t this just the French 2010 entry?

Swedish rap – presumably with some social commentary judging by the backdrop – punctuated by football-anthem crowd-chanting choruses. Well intentioned but it’s all been done. AT EUROVISION 3 YEARS AGO!

Feel the two backing singers should get credit, they do all the vocals and take a lot of screen-time. I like the song, but I just wonder what it’s trying to DO.

That’s a strong jaw! She reminds me of Kelly Clarkson. Sounds like Lene Marlin to start with, just light floaty acoustic fare, only not crushingly miserable. She’s sweet. Ooh there’s a dance beat every so often.

This IS a bit Kelly Clarkson, maybe doing a Coldplay song. The melody just seems to go all over the place, but it’s not the catchiest thing ever. I can’t say anything negative about it … indeed I’m struggling to think of ANYTHING to say about it, and therein lies the problem.

Well, the goal is wide open for Ulrik, let’s hope they saved an amazing song for the last of the 32 entries. G:Son’s behind this one too, let’s hope he breaks his streak of bad luck now. Ulrik has a tiny head, why is he dressed like a street urchin? Oh he lost the hat, good.

Flash photography somewhat ruining the cosmic backdrop. The melody is a bit haphazard but it’s got a nice energy to it. It’s very uplifting and inspirational (to mush-headed teens at least). while I’m not entirely sure his vocals or arm-waving are quite sufficient to keep it all afloat, that’s a great chorus.

I was expecting some navel-gazing acoustic ballad, but this finally has the scope to be an entry. Fuck it, this will do, Sweden, just GET IT DONE. It wouldn’t be their strongest entry ever (but I mean, that bar is almost impossibly high), but it’s a decent stab. I think I prefer Robin’s track though, that would be nice.

So out of those eight, I’d give the nod to Ulrik and Robin for the final. As for Andra Chansen, it’s slim pickings. I’d take Ralf and Behrang I suppose, but I’m not really spoilt for choice there!

Those picks were good, as they all made the top 5, along with Therese. Army of Lovers in 6th must be a disaster, but it was no more than they deserved in my opinion.

Before all that, there’s a small matter of an interval act reunion for multiple MF entrants Alcazar, with a jaw-dropping medley of their MF entries over the years. It’s a bit sad really, any of those three songs blew the socks off this year’s entries. Danny joins in for “Not a sinner nor a saint”. AMAZING *dies*.

First to the final is unsurprisingly Ulrik Munther. I’m happy with that, I just need Robin too. In a Melodifestivalen season that’s produced more missed opportunities than new classics, that’s a good start.

Off to Andra Chansen are Behrang and … Robin 😦 … well at least he’s in, but that’s probably it for him. With that mystery removed, it was pretty inevitable that Ray would get the other ticket to the final, with Therese stuck in 5th place.

Still, not a bad result, I just wish Robin would have made it to the final. I don’t think an Andra Chansen song has ever won Melodifestivalen, has it?

So that’s that! See you next week for Andra Chansen in Karlstad, where once again I’ll get baffled by the strange rules for selecting our last two finalists. It’s a decent line-up, except for Eric Gadd, who will probably end up winning!