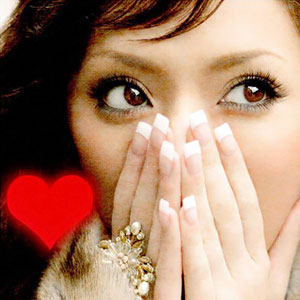 Wow, I really have been neglecting my Ayumi duties, haven’t I? It’s almost 6 months to the day since I wrote my review for “My Story”, so it’s high time to get through the next Ayumi album.

(miss)understood came at pretty much the peak of my Ayu fandom. It came off the back of the amazing “My Story”, and was heralded by another clutch of great singles. Of course, it could have done with a bit of a trim, weighing in at 16 tracks and 66 minutes, but for the most part it was a success. We’re getting to the end of the albums I’m familiar with now, as 2007’s “Secret” was perhaps the last one I gave much thought to. Hope I can break through to the other side and catch up.

08 Bold and Delicious – I remember thinking this was a completely bonkers single to launch the album with, and I suppose I still do. It’s still got a lot of charm, it’s just very strange. Clunky beats, tacky production, ridiculous “ya ya ya ya da da da da” lyrics. Then of course are the regular shouts of the song title that don’t really fit into anything. Really strange and certainly not one of her better singles, but I still have some love for it.

09 Step you – This is a lot more like it, the first single and she’s back on top pop form. A pretty typical mid-00s Ayumi pop single, lots of buzzing synthetic beats and beeps. That chorus really gets you though, and the “1,2,3,4” hook is instant. Love the video, love everything about the song. It’s missing something to put it up there with the all-time best singles, but it comes damn close.

07 Ladies night – A much dancier feel to this one, less outwardly pop but the production doesn’t feel out of place with the big singles. I just don’t think it compares so favourably to those singles, it feels like it needs more fleshing out. The verses are a bit sparse and lost in the production. The chorus is pretty low-key too. The video was alright but this was only OK for me.

08 Is this love? – The other A-side to Step You, kicking off the singles from this album. In contrast to the poppy and playful sound of “Step You”, “Is this love?” takes a rockier road. It’s got a lot of drama about it, the rock side is mixed quite heavily with synthy production, so it doesn’t really belong in either box. The chorus has punch, I like the melody. Just some of the “eeeeeee” notes grate a bit!

07 (miss)understoood – Time to chill out a bit now, as the first ballad gets underway. It’s a bit of a leap from “Is this love?” to begin with, but more guitars crash into the first chorus and the pairing of the two songs feels a bit more natural. I like the chilled-out verses, I think it benefits the song to have that contrast between those melodic verses and noisier choruses.

09 Alterna – This felt like a bit of a weird one when I first saw the video. Love that video, very strange but suits the song perfectly. Put as a b-side to second single “Fairyland”, it’s hard to think of two songs less like each other. This is J-rock more than J-pop, and for once we get a coherent and exclusively rocky track. It’s a bit stop-start, but I really like it, particularly with the little breakdown near the end.

08 In the corner – You’d be forgiven for thinking she’d totally abandoned the pop sound halfway through this album. But after some pseudo-vintage samples and a jaunty little melody, it breaks into a fairly poppy chorus. The verses are quite unusual really, not obviously pop but they blend really seamlessly into the choruses. Love the strings used on most parts of the track, and that intense little breakdown after 2 minutes.

08 tasking – As is traditional, we’ve got another Tasuku-produced interlude, which warms us up for the rest of the album. I have a lovely extended mix of this one. Love the strings, and how it builds over its brief 86-second duration.

05 Criminal – She’s barely audible on this piano-led swell of strings and atmosphere. I find this one a bit of hard work really, there’s nothing going on for the first half-minute, and then there’s a rather drawn-out chorus that’s a bit of a drag. That weird squealy guitar moment is a bit strange, and probably the most memorable bit of this snoozer.

05 Pride – The other side of the bombastic “Bold and Delicious” is certainly a change. It kicks off sounding like “Unchained Melody” or something. It’s just a dull one, I find it a real bore to get through. The only bit I really like is the outro, but maybe that’s because the song’s finishing.

08 Will – After the strange effect opening the track, we get a low-key ballad again, but that constant keyboard scale going on in the background really knits the song together. It’s quite an old-fashioned sounding track in the verses, like an old folk song. The chorus isn’t a big one but it builds quite nicely and all meshes together well.

10 Heaven – Now we’re talking, I think the video really made this one a classic for me. A really minimal ballad to start with, a few plinks and plonks breaking the silence like drops of water. Love the melody, and how the song gradually picks up more layers of production until you are left with a gorgeous love song. The breathy choruses with traditional instrument effects are beautiful, and there’s this incredible note of sadness under it all. The gorgeously simple one-shot video of Ayumi waiting for a train, surrounded by ghosts, it’s really the highlight of this campaign for me, and one of her all-time best ballads.

08 Are you wake up? – Prime bit of Engrish there, does nobody check this stuff before it’s printed? Fortunately it’s just an instrumental interlude, taking us from the uplifting melancholy of “Heaven” to a last burst of energy to finish off this album. It accomplishes that well, especially via a lovely synth-pop segment in the second half.

10 Fairyland – Another of the big singles, and I think the superior pop single of this album. A blissful paradise island is the setting for some fun in the sun in the video, apart from that bit where everyone nearly dies in a fire (!?). It simmers gently for the first few minutes, but that simple and fun chorus just explodes. It doesn’t lose momentum with the next verse, the energy just chugs along. It’s just got a great rhythm and uplifting feel to it. There’s a little breakdown near the end, but it just explodes back into that final chorus. Really great stuff.

07 Beautiful day – Never one to shy away from closing an album with a whimper rather than a bang, we have a pair of tracks to finish off. It’s nice enough, and she ventures further into some English lyrics. They do stick out a bit strangely in this song, maybe it’s the pacing of the syllables or something. It’s laid-back and cheerful, it just doesn’t have much substance to  it.

06 Rainy day – Why would you finish an album on a rainy day instead of a beautiful day? They really should have just finished this one with “Fairyland”. There’s nothing wrong with it, it’s just a bit of a lullaby. There’s no variation, it’s just slow stuff and doesn’t really develop towards the end at all. A bit of a boring one to finish off with.

So there you have it. Not a perfect album, there are a handful of tracks I would have happily done without, and we’d still have a decent length of an album. Quality control might not be her strong point, but a few tracks, notably “Heaven” and “Fairyland” prove (at least to me) that she’d still got that magic touch at this stage.

Keepers for the iPod: Bold and Delicious, Step you, Is this love?, Alterna, In the corner, tasking, Will, Heaven, Are you wake up?, Fairyland.