Oh I don’t know, I suppose it was inevitable. I’m amazed I had such a good run with this blog – I’ve got previous form with this sort of behaviour. Obsession with an activity for a beyond-reasonable amount of time, and then dropping it like a bag of cold sick. 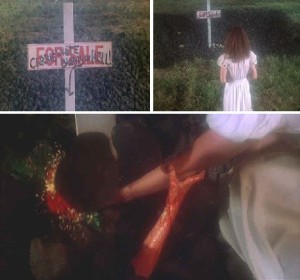 Finishing off this year’s Eurovision saga was the milestone this time, and the change in lifestyle since I moved to Japan put paid to the ‘one post a day’ routine. My all-or-nothing approach to things left the blog high and dry, so I’m sorry if anyone out there is worried about me, particularly as my last diary-type entry sounded like I was going to top myself or something.

So here I am with my tail between my legs. No promises about how often I will post, but I will keep it up when I can. I would say I’ve not got enough time during the week but really I’ve signed up to Netflix and been bingeing on Parks & Recreation – having ploughed through 5 seasons of that, I’ve rattled through the first season of Star Trek Voyager too! My obsessive personality has transferred to something else then!

I guess I’m just struggling to find a new routine – but today I’m enjoying the first pure bit of down-time I’ve had in a while, just quietly (and slowly) chugging through some little jobs that have been hanging around for ages.

I’ve been going to the movies fairly often, even for a few repeat performances – X-Men for the second time last week to cheer myself up, and Frozen for the fourth(?) time because… well, just because it’s amazing. It didn’t come out here until March but even so, it’s become such a phenomenon that it’s still showing 3 months later – 6 months after I first saw it.

There’s a slew of big new films coming up soon too. Godzilla for some reason is coming out 2 months later here despite lots of fanfare about his 50th anniversary here. I’m mega excited about the new Ghibli movie though – I’m still a bit miffed I haven’t been able to see “The Wind Rises” but “When Marnie Was There” comes out next month and it has a gorgeous trailer which is oddly absent from the internet right now.

Kind of muddling through socially at the moment – I’ve had some good weekends with new friends recently, but I can’t quite shake off the disappointment of some other friends’ actions (or inactions). Someone from home I never expected to ditch me has done just that, and a new friend in Japan is annoyingly flaky and it’s making me feel like a pretty minor player in his life despite things I’ve done for him. Heh… well enough of that.

Maybe I should go out tonight. No idea. But I’ve got a to-do list to smash.

I’ll do my best to put up some reviews, I’ve got plenty to get through, but sorry for going AWOL.