It’s time to dust off that stained-glass picture of Optimus Prime, as Melodifestivalen weighs into the increasingly busy pre-selection season for Eurovision with one of the most extravagant and well-loved national selection shows there is.

The first of four heats took place on Saturday, in the small Southern town of Karlskrona. At least I can make a decent attempt at pronouncing it.

Danny Saucedo finally throws in the towel at trying to represent his nation, and gets the presenting gig, along with MF2012 presenter Gina Dirawi. Naturally he gets his tits out in the interval act, in a baffling (to me) performance involving – I think – previous Swedish representative Lena Philippson.

Anyway, enough of this, despite several technical bloopers, let’s focus on the songs…

David returns this year for another bite of the cherry, after making it to Globen last year. I was hoping for some easy-going dancepop, and happily I wasn’t disappointed. Well I SAY happily, I wish it had been something a bit less generic. There were street dances (including some strange finger-dancing), some cool split-screen action, lyrics about turning it up and shining bright etc etc.

Nothing really reinventing the wheel, which is perhaps disappointing now seeing as Loreen really tipped the generic Eurovision entry on its head last year. After Danny Saucedo’s previous two failed attempts to represent Sweden, he takes over as host, but it seems David takes over as Danny…

Perfectly listenable, and I’m sure it’ll find a home on my iPod. But I hope this isn’t what Sweden have lowered its sights to for an entry on home turf. 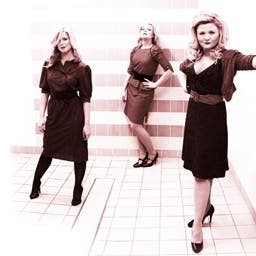 That chorus is quite lovely really, certainly recovers from the shouty verses. Burning Flags sounds like a bit of an attention-seeking title, but I’ll let it pass. That shrieky middle-eight! Well douze points for passion, I really quite like this! That ‘glory’ note!!!

Oh who is this goon? Did Shaggy move to Sweden post-Scooby? Sucking up to Europe by singing about a European city too, shameless! Goodness me, what is this? It’s like The Divine Comedy! I guess that’s not a terrible thing, even if some of the percussion sounds like it’s being done on household garbage.

An interesting sound for a ballad at least, even if I don’t really like his voice, or really the song if I’m honest. It’s not bad, it’s just a bit nothingy. Won’t be too sad if I don’t hear this again. What a damp finish too, it just sort of stops.

Haba Haba, who’s this? Certainly looks like a personality artist, hopefully with a song to back it up. Maybe Haba Haba wasn’t such a lazy (and racial stereotyping) comparison after all. Ugly trousers, shrill vocals.

Jesus Christ, is that the chorus? GOSA GOSA GOSA GOSA. This isn’t a World Cup anthem is it? Very sunny and happy, and God knows I’ll probably love this soon, but it’s been done a few times in recent years, and to better effect. Never mind!

He reminds me of Tim Curry (is that who I mean?), why’s he dressed like an orchestra conductor? Not entirely sure I was expecting to it sound like this, it’s a pretty speedy mid-tempo ‘real music’ track. At least he can sing decently.

Just a shame it sounds like a Phil Collins song or something. I mean lots of people like Phil Collins, but this is bloody Melodifestivalen! OK that’s a bit harsh, it gets a nice bit of momentum towards the end, and the chorus is growing on me a bit. Not quite my cup of tea but not the worst 3 minutes I’ve ever spent.

OK I wasn’t QUITE ready for this. I can’t speak Swedish, it’s a guy, right? I hear Japanese!! What the hell? Is he from an Anime? Or space? Still, you can’t go far wrong with a rotating platform and some pyro. What’s with the hair? He’s like a cosplay version of Gloria Hunniford.

That’s a chorus! The verses are a bit blah, the bridges are a bit blah … but somehow this feels like the best hope this heat has at the moment. It’s like Bon Jovi or something, I’m not sure how I feel about it. Still, he can sing, I’ll definitely remember him. I feel like I could imagine him onstage in Malmö. What a conundrum he is!

She looks like a barrel of laughs, has she been through a harrowing ordeal or something? She’s dressed like a member of a cult. I’m guessing there won’t be any pyro in this one. Maybe a warm drink and a comfortable chair.

Surprise surprise, Moominmamma is singing a timid Moominballad. Well you know I love a string section, and it does sound like a lovely ballad. I’m a bit distracted by her. What’s her deal? It’s quite sweet, but it feels a bit out of place. Is she laaaa-ing away to “Everytime you touch me, I become a hero”?? Weird.

Closing the show now … did Danny just say something about The Attic? *excite*. Is Caisa Swedish for cheese? Ugh he’s got a saxophone, that’s a bad sign I think. Still, it didn’t stop that Moldovan sax thing going viral did it?

Oh no, there it is. Is this going to be The Edge of Glory? Yack… not with those flat vox, is this an audition? Sorry, that’s not great. What a sicky sentiment too, grow up! Sadly the sax is the best bit, whoops! Sorry Caisa, the vocals sank this one…

Well that’s not an amazing start to Melodifestivalen but I’ve heard worse. All they need is one amazing song right? And they’ve got 32 attempts. And this is SWEDEN for crying out loud! It’ll happen… God, they can’t even get the recap of the songs right! Oops

So the results? Well look away now if you don’t want to know the inevitable.

Danny… I mean David got a ticket to Stockholm, a fair result, it’s a decent strong song, he sings it fine and is a great mover. He’s joined by YOHIO, so I guess that gamble paid off!! Wonder if the song will grow on me in the next month.

Going to Andra Chansen in 4 weeks for a second chance to get into the final are Cookies ‘n’ beans – very happy with that, I guess it wouldn’t have been quite realistic for them to go straight to the final! A second AC ticket could’ve got to pretty much anyone, and surprisingly I’m a little relieved that Eric Gadd got it. A bit old-fashioned but not bad.

So that’s that! See you next week, where Heat 2 comes from Gothenburg!