Time to get through some of the albums on my iPod now so I can get my Christmas playlist in rotation. I’ve already gone over Katy Perry’s “Prism” and Lady Gaga’s “Artpop” but one pop phenomenon beat both of them out of the gates with a summer of promo that both acts would have killed for. Twerking her way into pop culture legend, tongue thrashing wildly, Miley become the latest in a long line of teen stars gone wild. 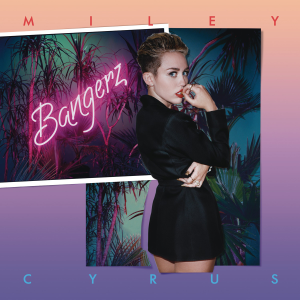 With several high-profile performances, it seemed that Miley was on track to win big with new album “Bangerz”. The album has performed well so far, but in a depressed global album market it’s easy to feel that maybe more was expected. I think that’s just how things are these days, but she still shifted a quarter of a million albums on home soil in the first week, and that’s certainly nothing to sniff at. END_OF_DOCUMENT_TOKEN_TO_BE_REPLACED

Christmas is on its way, and with it comes the big holiday movies. With Harry Potter and Twilight out of the way, “The Hunger Games” is perhaps the biggest book adaptation around at the moment, with the second Hobbit film following in a month. The original “Hunger Games” movie was a global smash and – unlike “Twilight” – had a solid fanbase lined up from Day 1, so it was going to take a lot to top it, and its huge box office gross.

For my money, I’d say that “Catching Fire” certainly held its own against the original film. I think I enjoyed the book a bit more when I read the trilogy last Autumn, though I saw the first film before I read the first book so it’s not quite playing fair. There’s certainly plenty going on in this sequel, even if the ending suffers the usual fate of the middle movie, with a perhaps unnecessary “to be continued” style ending.

At nearly 150 minutes long, “Catching Fire” tries to preserve as much of the source material, and I think they did a good job of selecting just enough to make a coherent story without skimping on the action. It doesn’t sag in the middle, but – knowing the story – I was flagging a bit by the time the actual Games start. But I suppose it’s a testament to the adaptation that I never felt there were filler scenes. END_OF_DOCUMENT_TOKEN_TO_BE_REPLACED

This is definitely not an Avicii song right? No, apparently it’s Calvin Harris with the first single after the record-breaking “18 Month” campaign that produced nine top 10 hits in the UK. How do you top that? Well, you probably don’t, but his golden streak doesn’t appear to be fading yet as this track is heading for the top of Sunday’s singles charts.

Teaming up with Swedish DJ Alesso, the vocals are provided by Hurts – the 80s influenced duo who haven’t quite had the breakthrough it looked like they were due. Their debut album “Happiness” was pretty good, I haven’t heard the second one yet, but by the look of their sales it seems I’m not alone there.

A shame because I think they’re pretty good. Fortunately they are along for the ride there, and this should be some good exposure for them. END_OF_DOCUMENT_TOKEN_TO_BE_REPLACED

Check me all down with the kidz. Actually is Gary Barlow regarded by the kidz at all, I have no idea. But he’s the lead judge on X-Factor and part of one of the few big acts left in the UK album market, so I guess he’s doing something right.

I was going to say “Well let’s wait and see how this and the album does”, but as usual I’m a bit behind the times. “Let Me Go” was out last week and is currently at No.3, while the album “Since I saw you last” is heading towards a 100k+ opening week behind One Direction, so I guess there’s life in the old dog yet.

About time too, the UK album market is on the verge of total collapse, with even the Christmas upswing leaving it very late to kick in. But I think One Direction and Gary Barlow pretty much cover all the female age groups between them, and I imagine they will have very good Decembers. END_OF_DOCUMENT_TOKEN_TO_BE_REPLACED

Sorry, there’s no cliffhanger, I was just after the attention. Not that I deserve it today, I have no inclination to write anything sensible right not – it’s 11pm and I’ve JUST got back from work, having arrived there at 7.30am, and actually had to do some spreadsheet bullshit at 6am. GUH. Only a few more days of this and… well it’ll still be pretty darn busy, but at least the home stretch will have started.

Of course that means “Oh shit, I haven’t done anything for Christmas yet”. I’ve made a bit of a start – bought cards, a few presents, but my festive spreadsheet is decidedly lacking in seasonal inspiration. I suppose I just need to do my bulk chocolate shopping, that will take care of a good chunk of them. Ho ho ho! END_OF_DOCUMENT_TOKEN_TO_BE_REPLACED