While some of the hardcore Schlager fans complained about this year’s Melodifestivalen, as always there were plenty of great songs competing to represent Sweden. Robin Stjernberg made history as the first Andra Chansen qualifier to win Melodifestivalen in an electrifying final. His fairytale story might have ended on a lukewarm note in Malmö, but it’s easy to forget another Andra Chansen qualifier that managed the rare feat of finishing top 5. 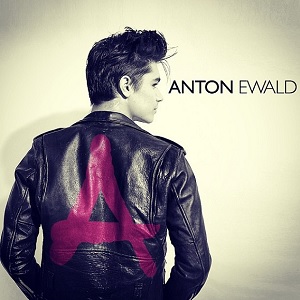 Yes, Anton Ewald made his debut as a Melodifestivalen singer this year with the breakout hit of the season “Begging”. It wasn’t his first time on the MF stage though, debuting as a dancer with Velvet in 2009, as well as dancing & choreographing both Danny Saucedo’s “Amazing” and Andreas Lundstedt’s “Aldrig Aldrig” in 2012. Busy guy.

I thought he was a surefire qualifier in his semi-final, but lost out to two songs he would later defeat in the final. Before that, he earned his place there in second-chance round Andra Chansen with a much more polished performance. He might not have won, but the exposure of a Melodifestivalen Final is highly-prized in Sweden, and with the dust and glitter settling after Malmö’s Eurovision, it’s time for some new material. END_OF_DOCUMENT_TOKEN_TO_BE_REPLACED

Finally we arrive at the end of the road to Malmö, and the 39th entry in this year’s Eurovision Song Contest. Loreen’s landslide victory last year in Baku brought the contest back to its spiritual home of Sweden, where Malmö was selected as the host city.

Sweden as a participant of Eurovision hardly needs introduction, with five victories to its name. Lest we forget ABBA’s “Waterloo” is one of those victories, perhaps the most famous song ever to come from the contest. Strong results over the years have sealed Sweden’s place as one of the strongest forces in Eurovision, not least down to the massive Melodifestivalen selection process, the biggest and most internationally popular event of its kind.

Sweden hit a rough patch in the late 00’s, with Carola’s strong 5th place finish in 2006 followed by a string of disappointing results, culminating in their failure to qualify for the 2010 final by a narrow margin. Since then they have not looked back, with Eric Saade’s 2011 3rd place and Loreen’s win last year putting the Swedes back on top, with an indication that another Nordic country may well follow suit next week. END_OF_DOCUMENT_TOKEN_TO_BE_REPLACED

This is it, Swedophiles, the big one. For those with an interest in Eurovision beyond their country’s national selection and the Eurovision shows themselves, the most famous event in the Eurovision calendar is Melodifestivalen.

This is Sweden’s national selection process to choose their representative in Eurovision. An ambitious series of four heats, a second-chance round and the grand final took place of the course of 6 weekends in six cities all over Sweden.

Regular readers will know I’ve been reviewing each of the shows so far, coming from Karlskrona, Gothenburg, Skellefteå, Malmö and Karlstad, but today all eyes and ears are on the recently completed Friends Arena in Stockholm as the ten finalists perform for the right to represent Sweden on the first Eurovision Song Contest on home soil for 13 years.

Malmö arena (venue for the 4th heat) is the home of Eurovision 2013, and Sweden get a free ticket to the grand final in their role as hosts, after Loreen won last year’s Eurovision in Baku, Azerbaijan last year with her massive hit song “Euphoria”.

The winner is decided by a 50/50 split of a televote and national juries. The jury vote is a common feature in deciding a national final winner, but unusually it’s not a Swedish jury at the helm. Instead, 11 national juries from across Europe will give their contribution to the final scores. These juries come from all four corners of Europe: Iceland to Israel, Spain to Ukraine (that wasn’t meant to rhyme so well), as well as the rest of the “Big Five” Eurovision countries and a few others.

Are we ready? Perhaps not ready for a Malmö-reworded cover of ABBA’s “Kisses of Fire” by hosts Danny & Gina, and the Eurovision hosts for 1992, 2000 and 2013. WTF?! END_OF_DOCUMENT_TOKEN_TO_BE_REPLACED

After a subdued quartet of heats, Melodifestivalen is rapidly approaching its conclusion for another year. Eight finalists were picked from each heat, but Andra Chansen (Another Chance) gives two of the 3rd & 4th placers from the heats a ticket to the final.

I sort of get why, for the sake of completeness. 3rd place in a super-strong heat would have otherwise missed out against the 2nd place in a terrible heat. But as far as I’m aware, an Andra Chansen winner has never won Melodifestivalen… but I suppose there’s a first time for everything.

This year’s Andra Chansen roster looks more appealing than the final, with many of my preferred tracks from the heats ending up there (or worse). Typically the two I like the least will qualify, which in this case would be Eric Gadd and Caroline af Ugglas, so I’m happy to take literally ANY other result. If I had to commit to two, it would be Robin Stjernberg and Anton Ewald, or possibly Martin Rolinski. I’m a little surprised to say Anton, but since the Melodifestivalen CD came out I’ve really enjoyed his track. But let’s see what happens…

END_OF_DOCUMENT_TOKEN_TO_BE_REPLACED

I might be a bit behind the times with Swedish music, but I’m always happy to fill in some blanks when I get the chance. This is as good a time as any, as Swedish singer Ola took 2012 to try and launch an international career by visiting the US and UK, largely pushing this single, the third Swedish release from his self-titled third album.

It certainly makes all the right connections in my mind, quite reminiscent of Agnes’s “Release me” with those amazing stabs of disco strings and a soaring chorus.  Ola’s got your classic Swedish look and style, platinum blonde and very watchable as a performer.

Melodically it reminds me a bit of that Justin Bieber song “Somebody to love” too, but that’s probably just by chance since they’re about the same age. This has more of a clubby vibe to it than that song anyway.

That chorus is amazing though, euphoric with some tough notes handled powerfully by Ola. If this is the sound of his album, I’m definitely on the lookout for it to fill the gap while the other Swedish pop boys are between albums.

Tagged as all over the world, music, ola, reviews, schlager, swedish pop