Eurovision 2014 seems to be full of curveballs, and looks like to be one of the hardest to predict for a while. Lithuania are hard enough to predict as it is, responsible for a number of unexpected qualifiers over the years. 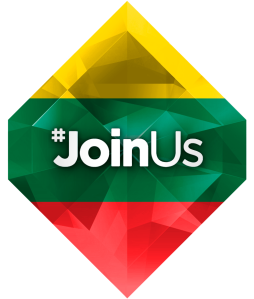 They might not have the strongest track record in the contest, though they took novelty song “We are the winners” to 6th place in 2006. But you never know, the right song at the right time might do the trick for them. Just look at Latvia (no, actually don’t).

The lengthy Eurovizijos selection event chose the song and the artist independently, with Vilija coming out on top with a speedy rendition of winning song “Attention”. It’s a bit of a strange one, with some almost rapping segments in the bridge.

There’s plenty of power and intent in the song, though she can get a little pitchy on the vocals. I have no idea how Europe will treat this one, though in Semi 2 I think it may have an easy enough ride to make it through to the grand final.