Let’s keep powering through, YEAH!!! Let’s hear some enthusiasm! Or not, whatever. So here’s the halfway mark, and to spice things up, I’m writing this quite drunk as I’ve just got back from my family Christmas party, and realised I hadn’t written it yet. Fun!

From This is… Icona Pop

After a long gestation period of buzz on the internet and wherever else you get buzz from, Icona Pop finally broke through to the mainstream during the summer, securing hit status in the USA after some high-profile usage in TV shows, and in Europe for just being a massively commercial dancepop track.

Yes, those Swedes are at it again, and while it remains to be seen whether or not it’s the start of anything lasting, or just a hit that tapped into the carefree yoof of today’s gleeful disregard for responsibility and rules etc. Fight the power and everything, but I’ll leave you to it, I’m just going to listen to Swedish pop.

Perhaps I should be able to trot out a long treatise on this year’s Eurovision winner and its significance, since the contest in Malmö was perhaps the highlight of my year, and I’m going to be so sad not to go when Emmelie brings the show back to Copenhagen next year.

But really it’s just a great song with a cool tribal drum and penny-whistle angle, with Emmelie playing the fresh-faced waif lamenting about her difficult relationship. It’s no “Euphoria” but these days I am pleased that it was a strong winner, and without any novelty slant to it, it can only strengthen the idea that playing it straight is the way to go.

There was something fairly magical about seeing her perform it in the semi-finals. I mean I didn’t make it to the final itself sadly, but it was performed like she’d won anyway so I don’t feel I missed that much.

Paramore are a name that has buzzed around for a number of years now and I hadn’t really paid much attention to. Lead singer Hayley Williams was a rare female lead in a sea of post-emo American groups, and stood out for that reason in my mind.

While I hadn’t really been aware of a breakthrough track, the lead single from their latest album really hit the spot for me. It’s got that giddy recklessness of young love and the affection in the lyrics rings true. It’s bouncy and addictive, I love it.

From The Silicone Veil 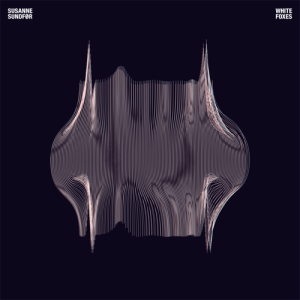 Perhaps bouncy isn’t the word for this one. 2013 for me was the year of Susanne Sundfør, or at least my discovery of her. I’ve gone on about it a lot already, but this was the song that (eventually) set it off for me.

Starting out as a fairly plodding metronomic ballad, suddenly it explodes into this beautiful spectrum of soaring vocals and synths, it’s really a wonderful eye-opener. Her vocal range is amazing, watching live performances is somehow even more impressive.

If the Scandinavians aren’t doing super-happy pop music, my next choice would be Arctic-chilled gloom, and this scratches that itch nicely. And the album “The Silicone Veil” is amazing.

Yet another huge leap from the previous song, here’s a total piece of nonsense from the world’s favourite just-about-survivor. Parent album “Britney Jean” seems to be resuming her downward trend in record sales by her unexpectedly strong “Femme Fatale” sales stateside, but it did at least have a few great songs, including this will.i.am-produced bit of party nonsense.

You don’t get to be Britney overnight, goodness knows Britney seems to only just be managing it. You’ve got to put the hours in, in other words WORK BITCH. A totally trashy bit of empowerment sold so simply on those two words. I can’t tell if it’s total nonsense or an elegant piece of inch-perfect pop art. I think I like it that way.

25. Perfume – Spending all my time

While 2012 put Perfume on my radar, it was only this year that my investigates began in earnest to acquaint myself with my new favourite J-Pop group. I got through all the albums before July saw me attend their first ever UK gig in London. It was totally amazing, and like nothing I’d seen before.

Good timing, as their latest album “LEVEL3” dropped in Autumn after a series of singles. Their first English-language single “Spending all my time” only nominally uses English, mostly repeating the same two phrases over and over. But there’s that typically Perfume feel of a robotic efficiency with their regimented dance routines and gorgeous electropop soundtracks. Lovely stuff, I hope there’s more where that came from.

Having dealt with the victor of Eurovision 2013 already, now it’s the turn of her biggest rival, the sexy Farid from Azerbaijan (boo, hiss!). I wish people would get off their high horses about Azerbaijan in Eurovision. I mean it’s not like the guy can be accused of all the stuff Azerbaijan have been in the last few years with little more than hearsay to back it up so far.

Either way, he nearly brought the contest straight back to Baku, and I think it is more a testament to Azerbaijan’s dedication to groundbreaking stage shows and strong songs that has given them their strong finishes in the last few years, and this is certainly a great example of that.

Originally I thought it wasn’t their best, but it’s so simple and catchy. Overblown and dramatic, a gorgeous singer, and that showstopping stage setup with his shadow-self in a perspex box. They pulled out all the stops and would have been a worthy winner in my mind (not least because I would’ve won a few hundred pounds). Come back to me when they start doing incredibly well with shit songs (oh hi, Greece) and we’ll talk. 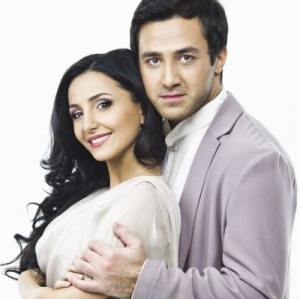 And it’s in Malmö we stay for the time being, and Azerbaijan’s neighbour Georgia with a last-minute boost up my rankings after I realised it wasn’t just some overblown duet.

Well it sort of is, and Thomas G:Son, the Swedish kingmaker of Eurovision, also wrote the incredible “Quedate Conmigo” for Spain in Baku. There are similarities, it’s a gentle ballad that blasts into a rush of a key change.

The more I listened to it, the more that rush at the end revealed itself to be one of the climaxes of the contest. It’s a terrible shame it didn’t perform as well as it should have – in fact a relative flop for Georgia – but credit where it’s due, this is amazing.

While “Roar” did the business as a lead single, I think this has to be the highlight of “Prism“. It doesn’t seem to have quite taken off, and especially in the States there’s the impression that they should have just gone along with the inexplicable buzz from “Dark Horse” and saved this for the new year.

But after a hypnotic but too-emo-to-function lyric video, we got a lavish official video for it too. For me, Katy is nice enough but musically only as strong as her material. Normally it’s strong enough on its own to sell it to me, I don’t think she always adds anything unique.

But this one really works well without her usual gimmicks of purple hair or getting her boobs out. That strong drum rhythm is a powerful heartbeat to this megaballad, and while she makes a bit of a meal out of her pronunciation, it’s a winner with me.

What’s that? Eurovision again? Sorry, it did come in a bit of a spurt didn’t it? Ah well. Eurovision in Sweden? We’ve been waiting for this moment for a long while, it’s like it’s returning to the mothership. Malmö didn’t disappoint and I have fond memories of nearly every single entry this year.

Few got more goodwill from me than perma-smiling Swede Robin Stjernberg with his energising power-schlager love song. He was such an underdog in Melodifestivalen this year, and after he failed to qualify directly to the final, I thought that was it. Nobody had ever won Melodifestivalen from the second-chance Andra Chansen round, and yet that’s exactly what he did in a hair-raisingly nervous final.

I’d have liked to end that story with great success in Malmö but he only ended up mid-table, which is one of the bigger injustices of the year in my opinion. But he’s doing well still and I’m enjoying his cute little Vines on Twitter, as well as this beast of a song that’s another worthy entry to the almost bulletproof Sweden set of entries.